Stories: The Way to Our Heart, and the Key to Design Strategy

Stories: The way to our heart, and the key to design strategy.

The most important thing a design leader can do to set a strategy is tell a story. A story —an optimistic vision of the future— acts as a catalyst for change. It offers a north-star for teams to drive towards. It creates a singular goal and alignment. And it gives people a reason to go to work. Design strategy is about painting a perspective on what the future will feel like, if only a new product or service is given the runway to exist.

The stories that support design strategy have four core elements. First, they are rooted in insights about people and behavior. Next, they push the boundaries of feasibility, but remain grounded in plausability. They are vivid and specific, to help shape and guide imagination. And, they are tied explicitly to value - they define, support, and extend a value proposition.

In this talk, Jon Kolko will show you why, when, and how to create these stories. You’ll see examples of both successes and failures, learn where these narratives are contextually most relevant and useful, identify the key components that make these stories successful, and gain the ability to form and present a vision of the future to drive product and service strategy. 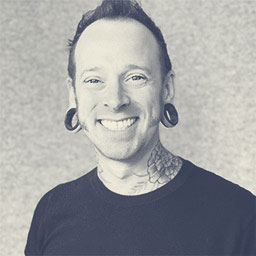 I’m a Partner at Modernist Studio, and the Founder of Austin Center for Design.

I was previously the Vice President of Design at Blackboard, the largest educational software company in the world. I joined Blackboard with the acquisition of MyEdu, a startup focused on helping students succeed in college and get jobs.

I’ve also held the positions of Executive Director of Design Strategy at Thinktiv, a venture accelerator in Austin, Texas, and both Principal Designer and Associate Creative Director at frog design, a global innovation firm. As a Professor of Interaction and Industrial Design at the Savannah College of Art and Design, I was instrumental in building both the Interaction and Industrial Design undergraduate and graduate programs. I’ve also held the role of Director for the Interaction Design Association (IxDA), and Editor-in-Chief of interactions magazine, published by the ACM.