Wild Design for Living in the Wild 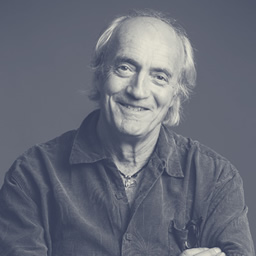 For over 40 years, as designer, musician, lecturer, writer, teacher, critic and researcher, Bill has been obsessed with the evolving human-technology dance. From the creative disciplines of music, his focus has evolved to the broader stage upon which this dance takes place. A practicing skeptimist, he is a devotee of Melvin Kranzbergís first law: “Technology is neither good nor bad; nor is it neutral. It will be some combination of the two.” Thus, he is driven by a pursuit of “informed design,” without which he believes the bias will most likely lean towards the bad rather than the good.