Who is Doing the Work? Designing across 4 Modes of Interaction with an AI

What’s new about designing for AI? Where’s an interaction designer to start? In this workshop, Chris Noessel, one of the Lead Designers at IBM, will help participants work in teams to design a speculative product across 3 relationships with an AI: manual, assistant, and agentive.

This workshop is sold out. Check out the rest of our workshop program.

The foundational question for designing AI systems is: Who is doing the work? The human with help from the AI? Or the AI with help from the human? Once designers understand and become familiar with the differences of these modes of interaction, they can more confidently design modern systems that take advantage of AI APIs. Noessel literally wrote the book on Agentive Tech last year, and is working on the follow-up book about Assistant Tech. In this workshop participants gather into design pairs. Then short lectures explain the core concepts and start the creative ideas flowing, followed by integration exercises where participants put these ideas into action. Each team refines ideas across the day, and integrating these modes into a cohesive whole. Time allowing, teams are asked to volunteer to present the key ideas from their designs.

Introduction: Seeing AI as a kind of interaction Manual Assistant Agentive Automatic Learning to see the modes (team discussions) Trying it out in lightweight ways Deep dive into scenarios One at a time Mode-switching Putting it all together Rehearse & Present Questions & Answers

66% of participant’s time is hands-on activities. 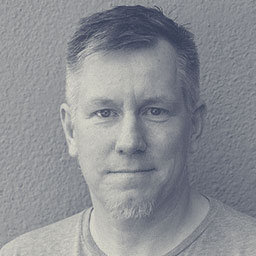 Chris Noessel is a Lead Designer for Watson Customer Engagement at IBM. He teaches, speaks about, and evangelizes design internationally. His spidey-sense goes off semi-randomly, leading him to investigate and speak about a range of things from interactive narrative to ethnographic user research, interaction design to generative randomness, and designing for the future. He is co-author of Make It So: Interaction Design Lessons from Science Fiction (Rosenfeld Media, 2012), co-author of About Face: The Essentials of Interaction Design, 4th Edition (Wiley, 2015), keeper of the blog scifiinterfaces.com, and author of Designing Agentive Technologies: AI that Works for People (Rosenfeld Media 2017). Chris has recently begun publishing near-term speculative fiction and is working a book about interfaces that make their users smarter. 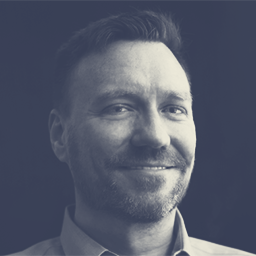 
Ben is a leading UX designer at Epsilon where he often facilitates workshops and design sprints for clients across the technology, healthcare, travel, and financial services verticals.

Ben’s insatiable curiosity has led him down multiple career rabbit holes, but crafting experiences has always been close to his heart. He graduated at the top of his class studying sustainable urban design at Berkeley, blissed out an army of filmmakers as a staff massage therapist at Pixar, became a master of mood lighting while creating immersive nightlife experiences in cities across the West, and whipped up towering wedding cakes at 9000 feet in the Rockies. Outside work, he’s usually restoring mid-century objects, cursing Bay-Area traffic, or constructing a Lego robot with his son.