The UX of Fortnite

Learn about the UX process and framework that was put in place during the development of Fortnite, the most successful video game of 2018.

Interaction design and UX are very new to the video game industry and have specific challenges considering that video games need to be fun and engaging. As former director of UX at Epic Games and 10-year+ veteran in the game industry, I propose to explain how UX is approached in game development, what framework is used, and what pipeline is applied, using Fortnite as main illustration.

More specifically, the talk will cover the UX framework that was used during the development of Fortnite, consisting of breaking down game UX in two main pillars: usability and “engage-ability”. The usability pillar is close to the heuristics used in other industries but game developers use a specific vocabulary that will be described here. “Engage-ability” is a fuzzier concept, sometimes also called “fun” or “immersion”. I will describe how this framework and “ingredients” are applied to games, using examples from the development of Fortnite. 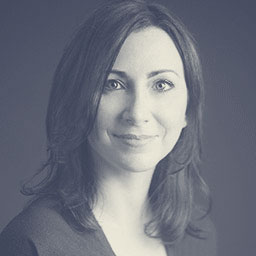 Celia Hodent is recognized as a leader in the application of user experience (UX) and cognitive science in the game industry. Celia holds a PhD in psychology and has over ten years of experience in the development of UX strategy and processes in video game studios. Through her work at Ubisoft (e.g. Rainbow 6 franchise), LucasArts (e.g. Star Wars: 1313), and as Director of UX at Epic Games (e.g. Fortnite), she has contributed to many projects across multiple platforms, from PC to consoles, mobile, and VR. Celia is also the founder of the Game UX Summit, advisor for the GDC UX Summit, and author of The Gamer’s Brain: How Neuroscience and UX can Impact Video Game Design. She currently works as an independent consultant, helping studios increase the likelihood of their games to be engaging and successful.