The Life of a Changemaker: Lessons From the Battlefield

Life lessons from the Battleground — learn how designers have become the new changemakers in organizations.

In many respects, after many years of attempts and countless explanations to business leaders, Design finally has a seat at the table. Chief Experience Officers are increasing presences at the C-Suite where “user experience” is considered in all areas of operation. Technology companies and other large corporations have realized that producing features with the “latest technology” is less valuable than providing customers valuable, intuitive, delightful, holistic experiences. Experience design has become the great differentiator in businesses today.

Designers and design leaders are being hired at record rates. According to John Maeda’s 2017 Design in Tech Report, Facebook, Google and Amazon has collectively grown design headcount by over 65% that year. Fantastic! Awesome! However…

Traditionally, and historically, companies for the most part are not necessarily set up to absorb and integrate designers — particularly designers with new ways of looking at old problems.

We bring a different and more human-focused culture that combines intuition with analytics.

Our processes do not seamlessly integrate with agile methodologies.

Companies may not be organized in a way where designers are empowered to do their best work.

In fact, more time might be spent on design operations than doing the actual product work. In order for designers and design leaders to be successful in corporations, they must think of themselves as “Changemakers.”

Bill Drayton, Founder of Ashoka defines Changemakers as “people who can see the patterns around them, identify the problems in any situation, figure out ways to solve the problem, organize fluid teams, lead collective action, and then continually adapt as situations change.” Based on this definition, designers are well-suited to redefine themselves as changemakers in organizations.

My talk will center on the role of designers and design leaders as changemakers in large organizations. Some topics and lessons I will discuss include:

The importance of executive sponsorship

Celebrating and giving credit to others.

I’m in the process of interviewing industry leaders that can share their life experiences and strategies as changemakers throughout their professional lives, and I’d love to share them with this audience. 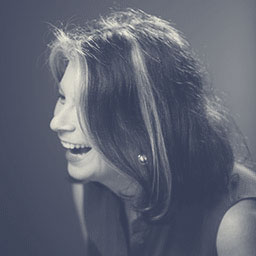 Innovator, artist, protagonist, activist, and positive provocateur, Maria has pursued a vision of intelligent, elegant, people-centered design throughout her professional life. Her grasp of the pragmatic, the authentic, and the essential have kept her at the forefront of design and business for over 30 years.

Under Maria’s leadership, Hot Studio, the award-winning experience design firm she founded in 1997, grew into a full-service creative agency with an impressive list of Fortune 500 clients. In 2013, Facebook acquired the talent behind Hot Studio, where Maria worked as a Director of Product Design. From 2015 to 2017, Maria led a global team of designers as Autodesk’s first VP of Experience Design.

Notable awards and recognition for Hot Studio include a nomination for the National Design Award. In 2012 Maria was recognized as an AIGA Design Fellow for making significant contributions in the design community and by raising the standards of excellence in practice.

Maria’s third book, Rise of the DEO: Leadership by Design, is available in several languages. She has spoken at conferences all over the world. Maria serves on several Boards and is a trustee at California College of the Arts.