The Design System of the Italian Government

Like any large organization, governments face the need of activating a process of digital transformation to better serve their citizens. From the most important centralized services, such as the national digital identity system, to the hyper-localized ones, such as the online services provided by a municipality, the challenge is massive.

Despite its small geographical scale, Italy has brought this complexity to the extreme, due to the volatile situation of the government and a highly fragmented administrative structure. The Team for the Digital Transformation of the Government was born in 2016 under the special mandate of leading the digitalization of the Italian public services with a time-frame of 2 years and a team of about 30 highly skilled designers and developers. Aware of the limited time and resources, the Team immediately understood the importance of building a design system to spread the approach and optimize the effort, but couldn’t imagine to sustain a centralized model as the one successfully implemented by the UK Government Design Service (gov.uk). Inspired by the open-source philosophy, the Team opted for a fully-decentralized approach, and set the stage for a design system that could be fed, used and evolved without the presence of the Team itself.

The design system of the Italian Government (designers.italia) provides a set of tools and guidelines that can be easily approached, edited and used. The goal is to give the possibility to any Administration or provider of the Administration to start from existing resources, and create a shared language that can connect public institutions, design professionals and developers. The toolkit can be constanstly enriched using either GitHub to propose integrations, or the Forum to discuss and suggest improvements. In parallel, we created opportunities for public institutions and design communities to meet, by organizing “Future of Citizens” events throughout the country as well as starting an online magazine where designers share their stories working with the public sector. The design system is now in use in public and private agencies, and has supported a number of projects, such as the design of a payment system for the public sector and the design of a reference model for the websites of Italian municipalities. In a moment of political crisis such as the one we are experiencing now, the design system is a tangible manifestation of a shared desire to actively contribute to something positive for our country, and shows that bottom-up collaboration can survive the instability upstairs. 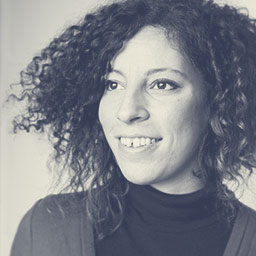 I’m currently working as Head of User Research for the Digital Transformation team of the Italian Government and Professor of Interaction Design at the University Politecnico of Milan. In the past, I’ve been leading the Design Research practice at frog Milan (https://www.frogdesign.com/) from 2010 to 2016, worked on a variety of research programs across industries and geographies, and started a temporary frog office in Nairobi. In 2017 I decided to move on and create oblo: a hyper-specialised design agency experimenting with service design tools to support people and organizations along their innovation journeys. My background in Interaction and Service Design is rooted into the creation of servicedesigntools.org (back in 2009), a collection of methods to deal with complex design challenges.