Our interactions with voice assistants will eventually mimic true human conversation. As this happens, will we become more polite with our robots, or less polite with our friends?

Will children growing up with voice assistants understand that barking orders at Google isn’t the same as barking orders at their sibling? Even though all humans change their way of speaking in different social contexts, the lines have begun to blur when it comes to human-computer interfaces. One example is the way people have started applying text-based shortcuts to speech, like saying “OMG” or “LOL” out loud. The advent of advanced VUIs (Voice User Interfaces) like Amazon’s Alexa and Google Assistant is yielding a brand new linguistic context: human-computer conversations. First time users interacting with voice assistants tend to use conversational norms and conventions (“Alexa, please stop the music”), while power users often converge towards a command-based model (“Alexa, stop!”). Voice assistants’ conversational capabilities will eventually mimic true human conversation, which begs the question: will the way humans converse with their computers start changing conversation between humans? Will we become more polite with our robots, or less polite with our friends? Should the predicted implications change the way we design these interfaces right now? 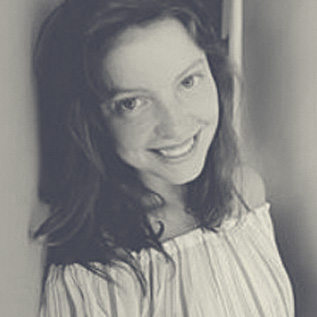 Brielle Nickoloff is a Lead of Voice User Experience Design and Research at Witlingo, a Washington D.C., based startup that builds products and solutions for Voice First devices and platforms, such as Amazon’s Alexa, Google’s Assistant and Microsoft’s Cortana. Brielle earned dual Bachelor’s degrees in Linguistics and Neuroscience at the University of Colorado, Boulder. Much of Brielle’s research in the space began with a closer look at the ways one’s emotional reaction to a voice interface is notably more inflated than reactions to other types of user interfaces. She loves to design for maximally accessible and minimally intrusive technology by leveraging the beauty of natural human language.