Over the past two decades Interaction Design as a discipline has flourished, bringing magical moments to everyday interactions with computation.

Over the past two decades Interaction Design as a discipline has flourished, bringing magical moments to everyday interactions with computation. New landscapes lie ahead, as we explore and experiment with interaction principles for embodied and embedded computation, for ephemeral and persistent experiences, for improvisational, multi-device choreographies, provision of short and long term meaning and value, and grapple with the ethics of engagement design. In this talk, I’ll invite us to reflect on what has been learned and on the exciting journeys that lie ahead 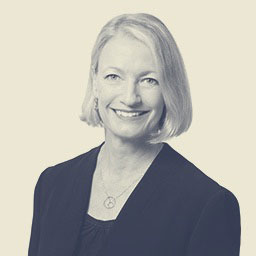 Currently a Director of User Experience at Google, Dr. Elizabeth Churchill is an applied social scientist working in the area of human computer interaction and user experience. Her current focus is on effective designer and developer tooling. Prior to taking up her current position at Google, Elizabeth has built HCI research teams in a number of well-known companies, including eBay, Yahoo!, PARC and FXPAL – Fuji Xerox’s Research lab. Elizabeth has more than 50 patents granted or pending, seven academic books, and over 100 publications in theoretical and applied psychology, cognitive science, human-computer interaction, mobile and ubiquitous computing, and computer mediated communication and social media. In 2016, she received the Citris-Banatao Institute Athena Award for Executive Leadership. She received her PhD in Cognitive Science from the University of Cambridge, and both her BSc. and MSc. (in Experimental Psychology and in Knowledge Based Systems respectively) from the University of Sussex in the UK. In July 2018 she received an honorary Doctor of Science from the the University of Sussex for her continued contributions to the sciences underlying creative technologies. Elizabeth is the current Executive Vice President of the Association for Computing Machinery.