Being Responsible for 1.2 Billion People

The story of our unexpected research discovery that led my team around the world, through the Middle East and eventually inside one of the world’s largest refugee camps - and the lessons designers can learn from our journey, which later became the subject of a popular documentary called Something Like Home.

There are approximately 1.2 billion people learning a new language, and the majority are doing so in pursuit of a better life. As part of our mission to make education free for everyone, we studied the behavior of over 120 million learners spanning every country on the planet - until we made an unexpected research discovery that led us on a journey around the world and throughout the Middle East, forever changing the way we think about technology and education. The footage from our journey was later turned into an eye-opening documentary called Something Like Home, which has been seen by over a million people and promoted by the United Nation’s refugee council. 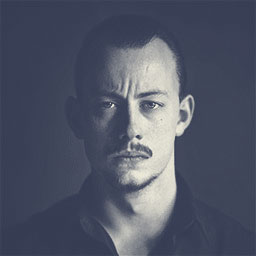 I am a designer with a focus on solving large-scale problems. I was the Lead Designer for Google’s Digital Education arm, where I designed the Google Digital Academy and Google Squared, resulting in the creation of the Google Academy Space in London - a 40,000 sqft building dedicated to helping people improve their tech skills.

Recently, I produced an acclaimed documentary about Syrian refugees (Something Like Home), founded the People of Duolingo project, and designed a revolutionary adaptive AI Testing platform.

My work has been featured in The Washington Post, The Boston Globe, CNN, The Post Gazette, Forbes, Campaign Magazine, The Drum, AdWeek, IGN, NPR, PSFK, TechCrunch, MacRumors, Wired, CNET, Adobe and Smashing Magazine, is referenced in university textbooks and industry leading publications like Brand New and brandchannel, and was nominated for an international design award by Brandemia.

I am originally from London (England), and now live in the US.